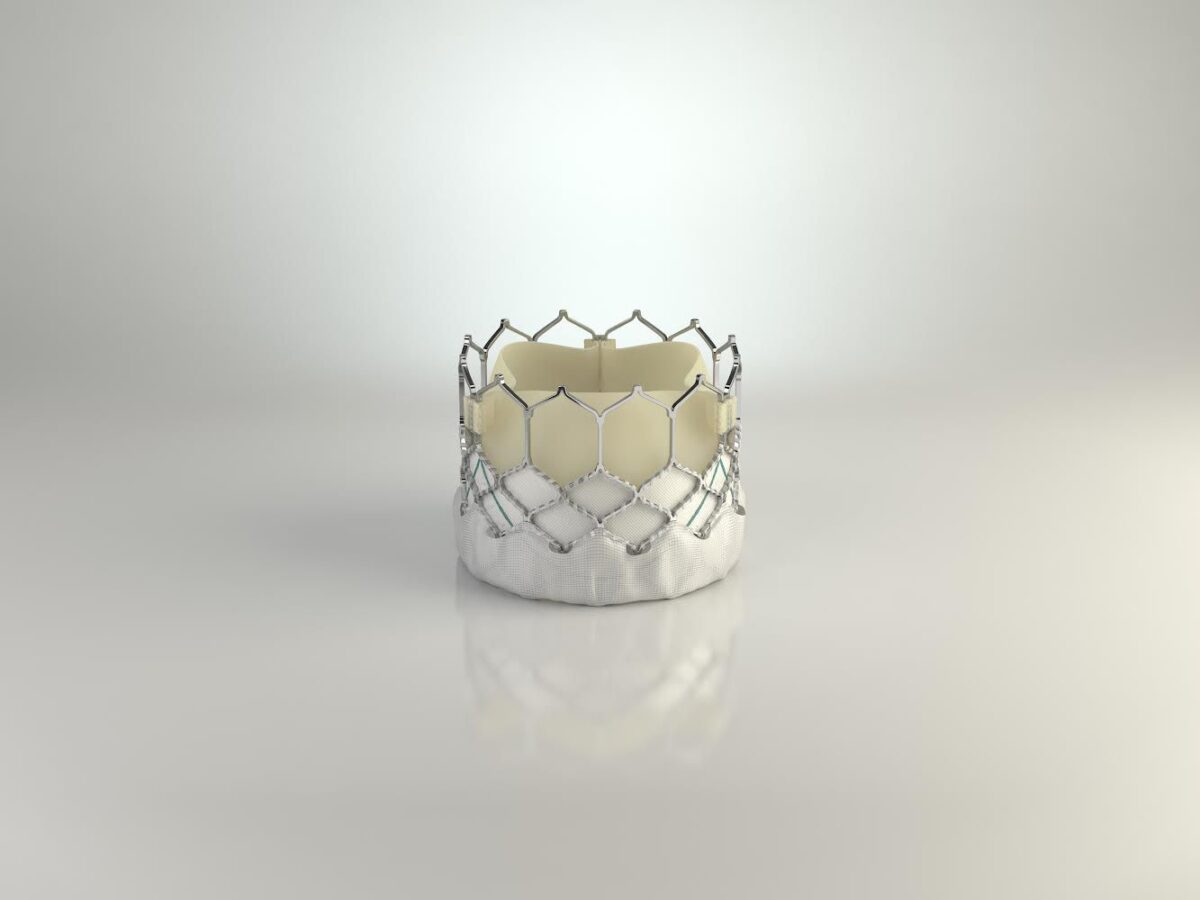 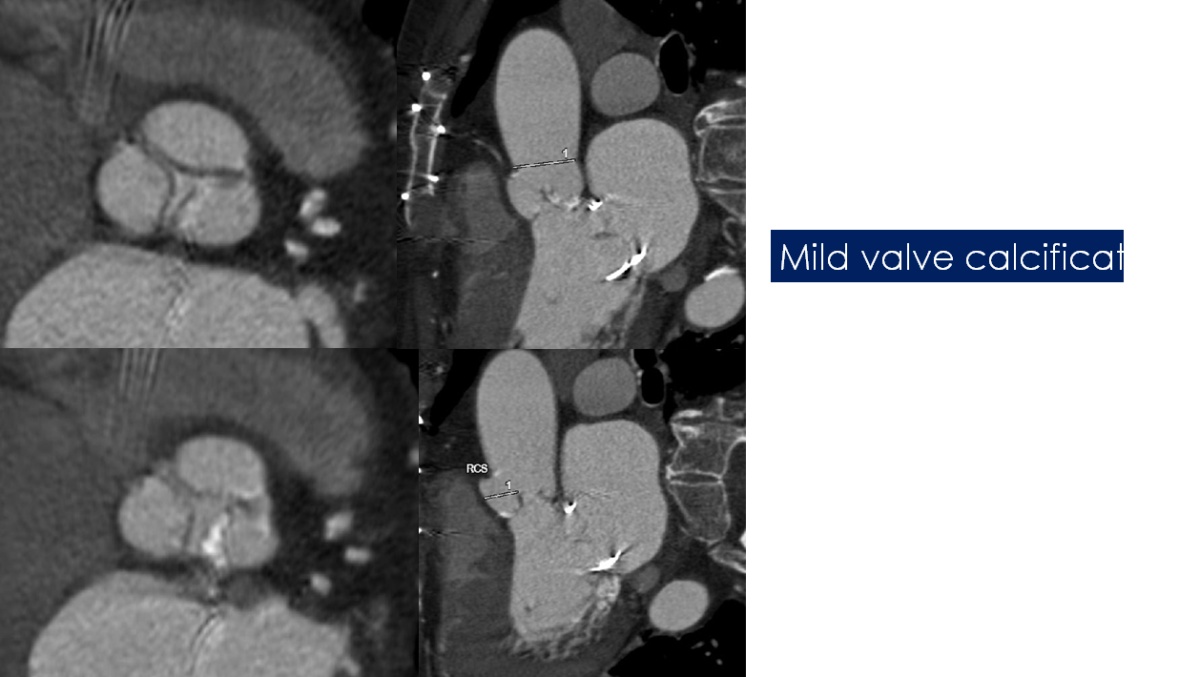 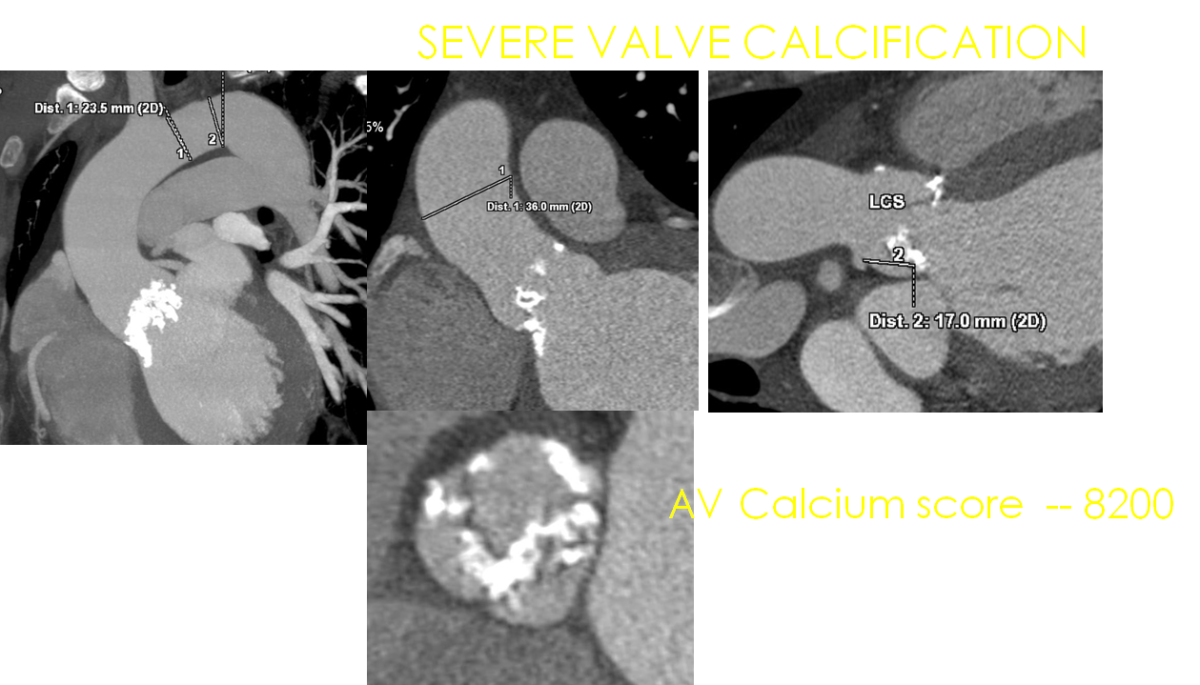 Aortic valve calcification as measured by CT is an accurate, reproducible, and well-validated marker of stenosis severity, progression of disease, and a powerful predictor of adverse events.

In patients with discordant echo findings and are symptomatic estimation of AVC is a simple tool for those who benefit from TAVR or TAVI.