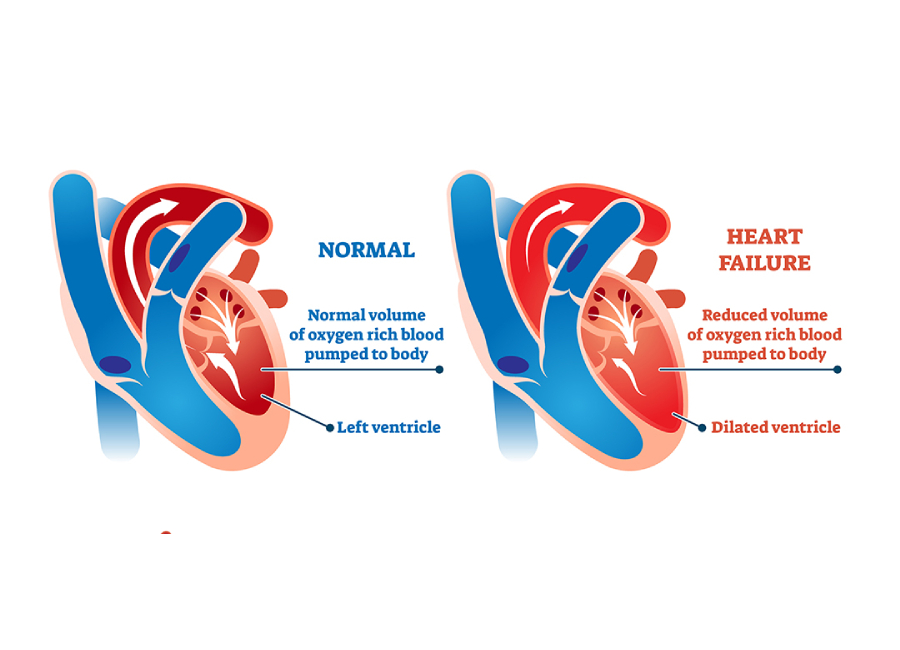 Depending on the side of the heart that’s been affected, heart failure can be of two types – left-sided and right-sided. We’ve already discussed the causes and symptoms of right-sided heart failure in one of our previous blogs.

Related: What Is a Normal Ejection Fraction by Age?

What Is Left-Sided Heart Failure?

Left-sided heart failure is characterized by a decline in the heart’s pumping function. In this condition, the heart gradually loses its ability to pump blood from the left ventricle into the arteries.

Related: What Is Systolic Heart Failure?

What Are the Symptoms of Left-Sided Heart Failure?

The most common left-sided heart failure symptoms include:

Additionally, a lack of an adequate blood supply to the brain can cause confusion. Also, it can result in fatigue.

Left-sided heart failure is the result of a gradual weakening of the heart’s left ventricle. It can happen due to underlying conditions, such as coronary artery disease, hypertension, and heart valve damage. It can also be the result of heart muscle damage due to a previous heart attack.

Doctors treat left-sided heart failure based on its underlying cause. They can prescribe medication, such as ACE inhibitors and beta-blockers, to manage conditions like hypertension. Additionally, many patients are prescribed diuretic pills to prevent fluid buildup due to heart failure.

Left-sided heart failure treatment also involves a healthy diet and lifestyle changes. For instance, a doctor might recommend that you follow an exercise routine and lose weight. Also, they’ll ask you to avoid smoking and alcohol consumption.

When the left ventricle doesn’t pump out an adequate amount of oxygenated blood to the circulatory system, some of the excess blood flows back into the lungs. This leads to breathlessness as the predominant symptom of left heart failure. This breathlessness can present initially on unaccustomed exertion to progress with less severe exercise and finally to breathlessness on lying flat. Left heart failure in turn, makes it difficult for the right ventricle to pump deoxygenated blood to the lungs. In the long run, it exerts the walls of the right ventricle and results in right-sided heart failure.

Dr. C Raghu is an eminent cardiologist with more than two decades of experience. He’s been treating patients with various heart conditions, helping them live longer and healthier lives. If you or anyone you know has developed symptoms of left-sided heart failure, don’t hesitate to consult Dr. Raghu right away.

nextWhat Is the Most Common Cause of Right-Sided Heart Failure?